History of our welding robots

In 1967 the engineers Mr. Günther Kloimüller and Mr. Franz Vokurka founded the Industriegeräte- und Maschinenfabriks GmbH. In the mid-seventies the company moved to the new established headquarter in the industrial park Wiener Neudorf in Lower Austria. That was also the entry into the robot welding technology, crowned with the Austrian National Award for Innovation for the development of the double-arm robot LIMAT 2000.

Through the Eighties more product developments and awards followed as the company got well-known far outside the European borders and delivered its first large systems to international manufacturers of construction machinery and railways.
The company pursued with the name igm Robotersysteme AG and expanded with the establishment of the production facility in Hungary for the component manufacture of robotic systems. In the early Nineties the sales- and service network extended to organizations in more than 20 countries.

To cover the whole area of welding technologies igm has enlarged its company structure and joined the companies Steigerwald Strahltechnik, PTR Strahltechnik, Oxytechnik GmbH and Polysoude into the group.
At the beginning of the 21st century igm developed new PC based generation of robots, followed by the igm Offline Programing System and the igm laser camera iCAM.
Depending on the product range, igm produces in Austria, Hungary, Germany, USA and P.R. China.

At the beginning of this decade the robot series RTE400 was released into the market and short time after also the innovative robot control K6 with its modular software packages.
2017 igm Robotersysteme AG celebrated the 50 year anniversary. In the Future the corporation will continue to focus the automatisation in the field of welding in all international markets. 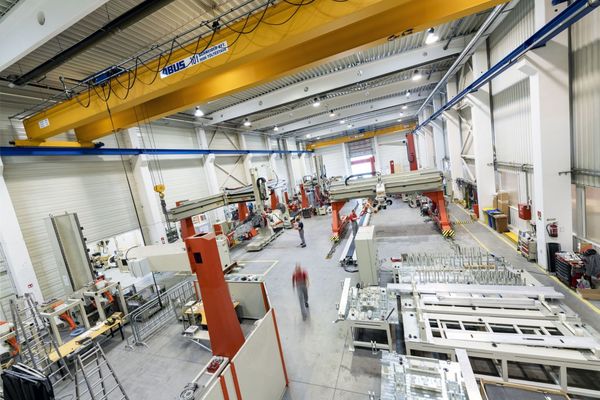