Pöttinger Landtechnik GmbH is one of the leading agricultural engineering products manufacturers in Europe. The family company is based in Grieskirchen, Upper Austria. The product range extends from mowers to self-loading wagons, presses and choppers to various types of soil cultivation equipment, including rotary tedders. The last supplied igm welding robot system welds the components of the tedders, the system is composed as follows:

The workpiece periphery can also be used as a single-axis turning device with a maximum load of 1,000 kg per station by setting the L-arms 90 ° so that the two face plates are perpendicular and facing each other. The following operating states can thus be set:

The system is operated as a KNI-NET system, whereby the rail programs for the different components only exist once. The path programs are assigned to the respective robot with the associated RWM 2/500 as required. This means that any changes and optimizations to the programs only have to be carried out once. This makes it easier to keep the programs up to date.

Furthermore, the management of master data, in particular the runtimes of the individual programs or pairing, is extremely important for optimal use via cell control. The components are paired automatically after the production orders have been entered.

Using an optical camera system, the components in the device are checked for completeness and type before welding in order to avoid errors. 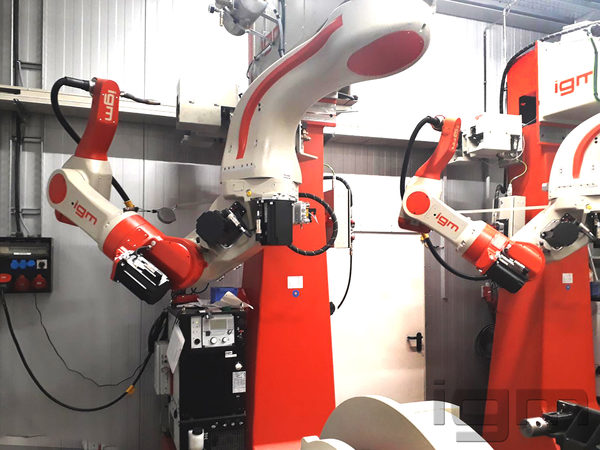