The robot is mounted on the robot periphery in an upright or suspended position. The external axes of the track systems are fully integrated in the control system as NC axes, significantly extending the working area of the robot.

A variety of different rotating and linear units are available, either as single axes or combined with up to three positioning units. It is also possible that several robots share a track axis. The positioning range of a longitudinal axis is up to 100 m and more.

The workpiece periphery holds, positions, and moves workpieces. The external axes are fully integrated in the control systems as NC axes and, in addition, feature manual control functionality. External axes may be included in workpiece manipulation during execution of welding steps. Using the teach pendant, they are programmed together with the robot axes.

A variety of different rotary modules is available, as a single axis or combined with up to three axes with a load capacity of up to 25.000 kg and more.

One or two robots may be mounted on a portal; since the portal axis is controlled by the robot control system, it may also be used for positioning during execution of a welding step. 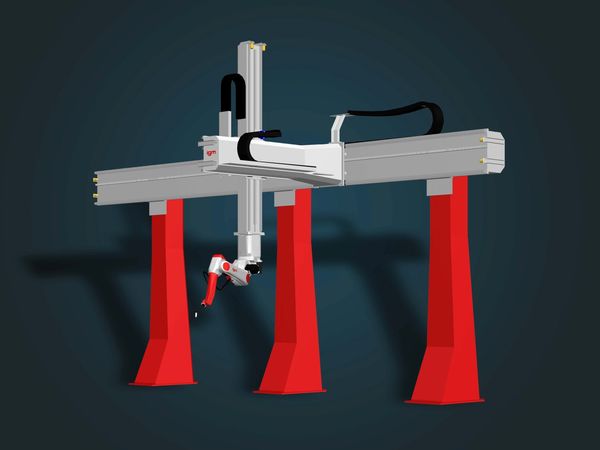